As I told Rabia and Lisa, who run the Tuesday Ten, “I’m going to put the baby for a nap and then enter Catharsis City.”

The truth is, I don’t cry very often, if at all. Every now and then I get teary eyes from talking about my kids, or being frustrated about work and money, or being hurt by something Cassidy said, however innocuous. Every now and then the stress, fear, and pain build into the kind of crying that makes me feel ill. Dehydrated with a massive headache. And my eyes turn neon green.

Then there are the in-betweens – the healthy cries, from both healthy and unhealthy places. My Tuesday Ten:

And this is on a day in which Scarlet is potentially sick but went to school, and Des cried the big cry because he had thrown his prized Lambie into the bottom of the garbage can, so I had to do a quick switcheroo and toss her in the laundry while getting one of her replacements, lest he see, because it’s a paradigm if two Lambies are seen by him at the same time! And the universe WILL collapse on itself..Also I tried to get gas and my card was declined twice due to insufficient funds, but eventually worked.

So I feel very in the mood to tell you ten things that make me cry. Always.

1. Futurama “Jurassic Bark.” The last two minutes of the episode. I just..can’t..even. You can watch it HERE.

2. The curious case of me not being able to watch The Curious Case of Benjamin Button without sobbing into a towel to muffle the sounds from my kids. Who knew?? Who knows? Love and other terrible/amazing things.

3. The mushy, squishy feeling and how it breaks my heart daily.

5. The book, “Me Before You.” I feel ill even thinking too much about it. I’ve had nightmares about it.

7. And I cry every time we have to leave my parent’s house, because we can’t all live together. It just doesn’t work that way. Although the same state might be nice. And I cry at what my parents have lost (their first spouses) and what they did to raise five kids. And I cry thinking of the five of us being sick or unhappy.

8. I cry at confrontation, even when I’m right. It’s enough to make me choose to let things bottle up, rather than spill it and risk the fight. This is not a good thing, though.

9. I cry at little girls and their dads. ..’cause the daughters will grow up, and the dads will age. And that’s if you’re lucky.

10. And I cry a lot at those commercials, both domestic and international, that become YouTube sensations because they’re friggin’ brilliant.

And I’m adding in a bonus because it might be the worst of all of these. A book called “I’ll Always Love You.” I used to read it at my friend’s house and sob. A decade later, our other friend sent it to me in with an inscription when I lived in California. I can’t read it without losing my ***.

And now it’s time to wipe away the tears because Des is looking at me funny, and it’s time to introduce a giveaway I’m proud to be co-hosting with Janine Huldie and Amanda’s Books and More.

Check it, and click the Rafflecopter link at the bottom!


It’s Amanda’s Books and More’s 2nd Blogiversary!
To celebrate, my co-hosts and I are giving away
3 prizes to 3 lucky winners via Rafflecopter.
This competition is open worldwide. 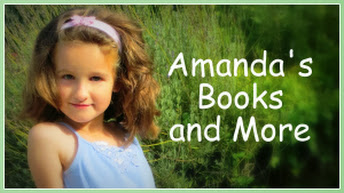 Contest runs: 11 February to 25 February (2014)
Open: Worldwide/Internationally
How to enter: Please enter using the Rafflecopter widget below
Terms and Conditions: This competition is open worldwide. 3 winners will be randomly drawn through the Rafflecopter widget and will be contacted by email within 48 hours after the giveaway ends. Each winner will receive 1 of the 3 prizes. The first winner will be sent the beautiful set of jewelry by Alli Flair via standard post or airmail. Your host cannot be held responsible for what happens once the package is mailed. The second and third winners will each receive free ad space on one of the two blogs mentioned. The winners will have 72 hours to respond. If any of the winners do not respond within 72 hours, a new draw will take place for a new winner. Odds of winning will vary depending on the number of eligible entries received.

This site uses Akismet to reduce spam. Learn how your comment data is processed.

Looking for something? Find it!

Look Ma, I wrote in a book! (Now available)

How I Met Your Father Story.